The Slow Movement has touched every area of our lives; from travel, to food, to religion. Now, it's coming for the media.

When we look at technology, it is hard to think of anything that is truly off the table. Perhaps, in contrast with this era of infinite possibility, we as humans are confronted with our own mortal limitations. How else could you explain the Slow Movement?

The Slow Movement addresses the universal desire for connectedness in an age of frenzy.

One hundred years ago it was easier to feel connected, with three generations often living under one roof, and familial ties consolidated by marriage and local rites of passage. Those days, in the Western world, are all but gone. Enter the internet and capitalism, ready to disrupt our cultural systems of tribalism and intimacy.

The world is recalibrating to this new globalised identity. Humans are social animals. And yet: our connectedness is far more overarching than ever before. Our ‘clan’ now includes people in far-flung nations, whom we have never met, but with whom we share a set of cultural values. Suddenly these values, and the significance they have to our identity, mean something. As communicators, we shape and are shaped by the identity of our audience.

But how can we establish identity in the age of time poverty? Technology gives us time, with washing machines, and google maps and electric bikes. Then it swiftly takes it away, as capitalism seeks greater output, and information pours in at a greater rate than humans can absorb.

Is it any wonder that this is the burnout generation? At the top end of the scale we see an increase in anxiety, loneliness, and stress-related illness and at the bottom, we feel a low rumbling, collective discomfort. People want to slam the breaks on this breakneck juggernaut.

In PR and communication, we benefit when counterbalancing this discomfort with our practice. By communicating slowly, deliberately, attentively, we become an adversary to the phenomenon of fastness. It will help save the better parts of modern culture. But more importantly, it’s what our audience wants.

Industries impacted by the Slow Movement

While constant digital stimulation gave us all FOMO (Fear of missing out), the slow movement has introduced the concept of JOMO (Joy of missing out). It champions taking pleasure in staying in to perform the simple arts of cooking, gardening, or reading a book. As we mindfully march on towards our own mortality, the words of Geir Berthelsen, Founder of The World Institute of Slowness, ring true “Don’t live life as if you’re afraid of being late to your own funeral”.


Don’t live life as if you’re afraid of being late to your own funeral. Geir Berthelsen, founder of the World Institute of Slowness

Below are just some of the industries impacted by the slow movement but the list is not exhaustive, honourable mentions should go to slow cities, slow fashion, and slow art.

Part of the work of today, is the guesswork about the work of tomorrow. While the adage ‘make haste slowly’ may seem oxymoronic, studies show that working fewer hours makes us more productive. As a voracious economic system continues to demand more time for less money, new attitudes to work develop in response. From downshifting, to four day work weeks, to work ‘sabbaticals’, countries are experimenting with decelerating work, and productivity is rising.

The modern traveller is now taking time to smell the (native) roses. Slow travel involves staying in one place for an extended period of time, and trying to get a sense of everyday life. If backpacking is checking off a list of destinations as they fly past your bus window, slow travel is going to the neighbourhood greengrocer, picking out local produce, and trying to work out how on earth to turn on the cooker in your rental’s kitchen. 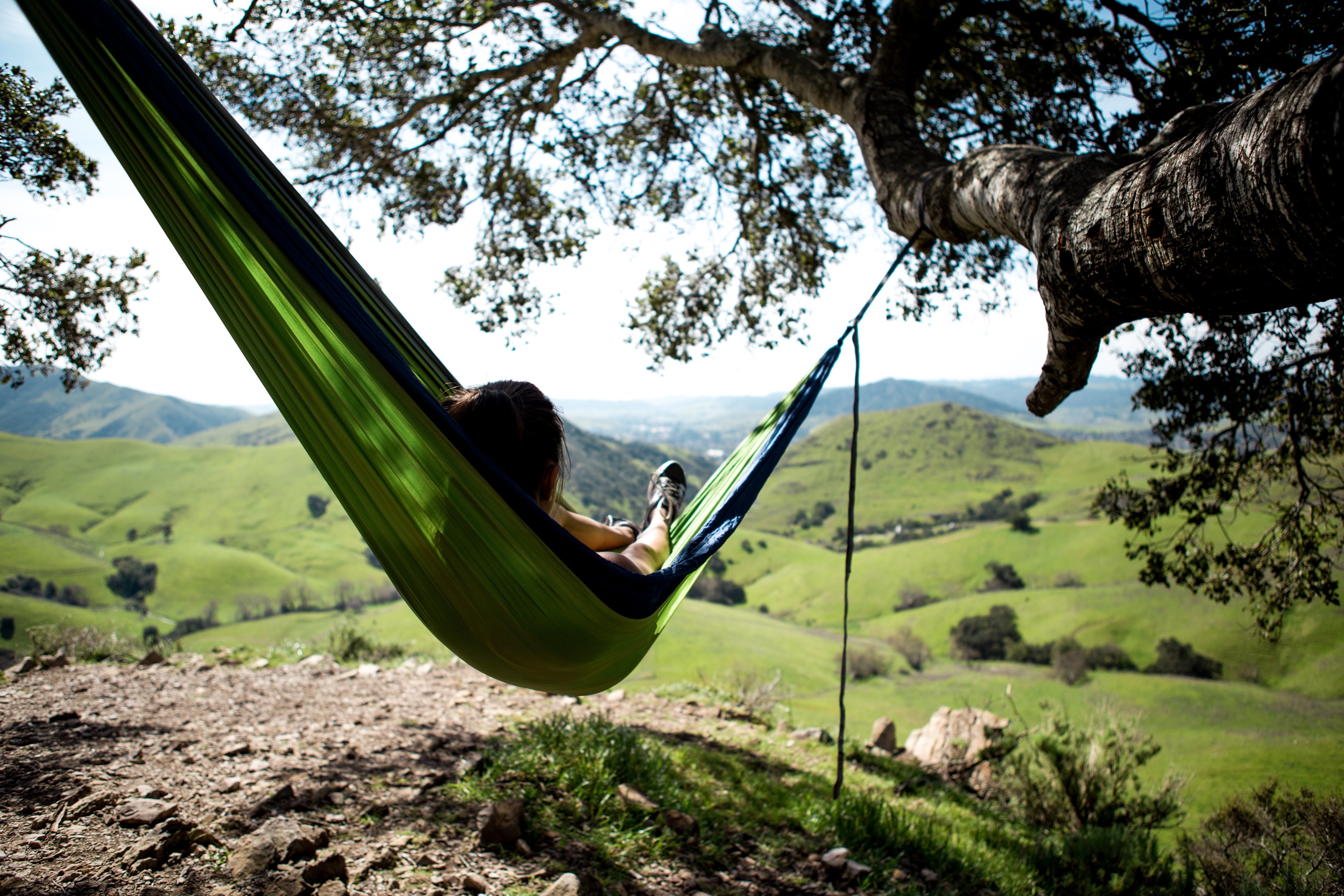 In a social climate where children’s play is ‘optimised’ to make them more professionally successful, slow schooling focuses on the other skills necessary to become a successful adult. Medicating students throughout their learning trajectory is on the up, but at what cost? By slowing work down, students develop the skills of retrospect, self-reflection, respect and moral purpose. Broadly speaking, slow schooling recognises that a student’s ability to pass exams is worth nothing if they have the emotional intelligence of a peanut.

The Slow Food movement honours our symbiosis with nature, as well as connecting us through the cultural practices of food. It favours organic food and eating as a community event. The belief is that its antithesis, fast food, dehumanises consumption and erodes local economies. This makes it hard for us to connect not only with nature, on which we are so interdependent, but as human communities. The uptake of practices such as woofing holidays, guerilla gardening and urban beekeeping are examples of this rising trend.

Interestingly, the standout religion of the Slow Movement has been Buddhism, mainly because it is responsible for one of the worlds biggest cultural exports in the modern age: mindfulness and meditation. Five years ago you would have been dismissed as a flagrant hippy if you advocated meditation, but now Headspace vouchers are being given our as company Christmas gifts, and the benefits of the practice send scientists into raptures. The meditation app market is worth a cool $1.2 billion and together with its rival Calm, Headspace has been downloaded over 38 million times.

Stress, the consequence of an overly-accelerated world, is responsible for all manner of illnesses. By teaching the practitioner to be present, and dissociate with thoughts, meditation and mindfulness boost happiness and provide the sensory acknowledgement that you are, in fact, alive. Good communication therefore, should also alleviate stress, if it is to become an antidote to the oversaturation that alienates your audience. 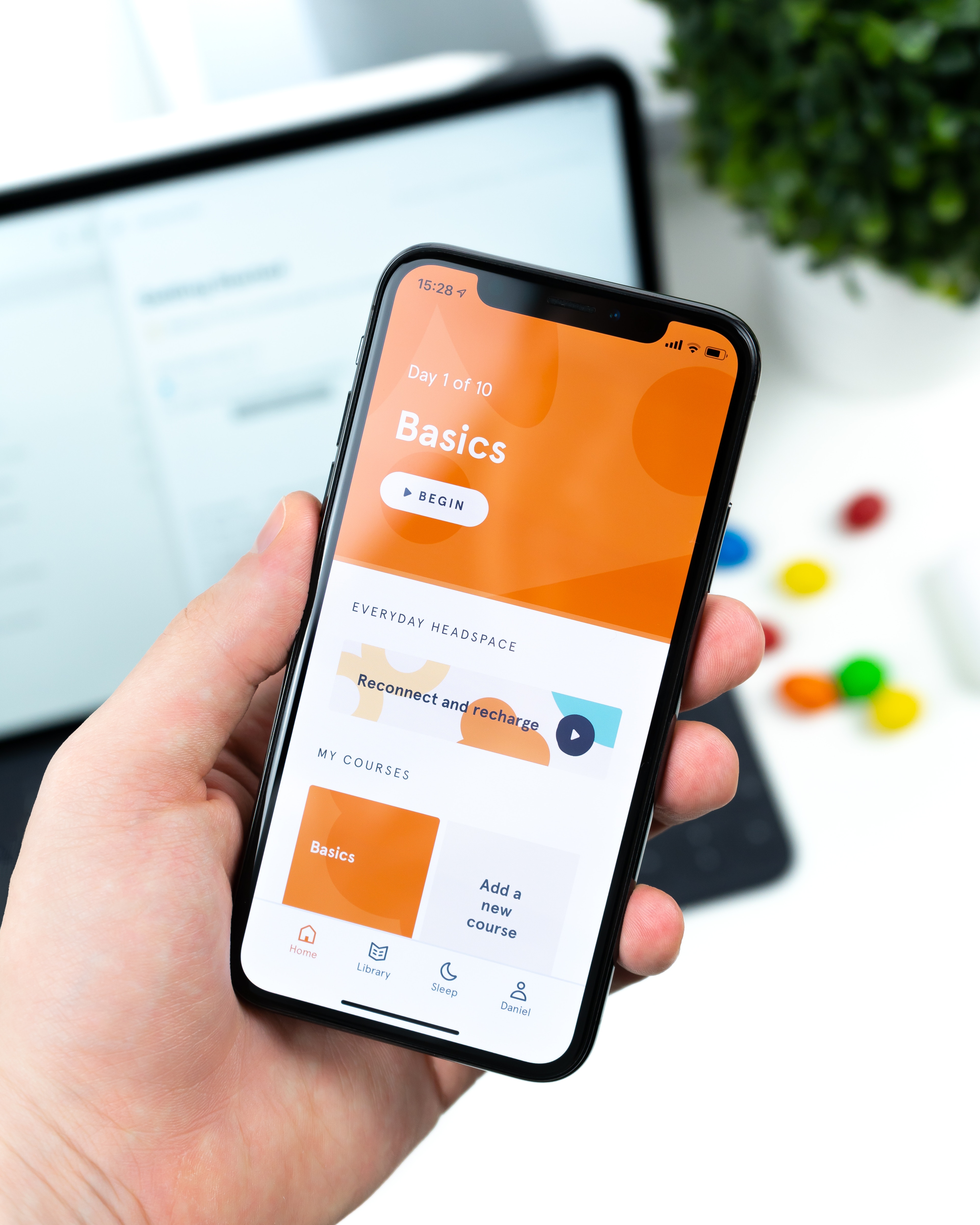 The State of Communication

In 1972 a group of roguish tax exiles ricocheted between the UK, France, and LA making their critically acclaimed album, Exile on Main Street. The process took three years. Nowadays musicians like the Rolling Stones are expected to crank out an album in a matter of weeks, followed by a lengthy tour cycle. Rinse and repeat.

People have stopped paying for news, and the media is beholden to advertising for revenue. Google algorithms favour quantity over quality and, in a desperate attempt to stay financially afloat, news outlets have had to kowtow to churnalism and speculation. Countless media outlets have folded, and most of what remains has gone digital.

Entertainment journalism too has fanned the flames of political melodrama, so much so that the incumbent president of the most powerful nation on earth is a former reality TV star. And, in the wake of reality TVesque political scandals, one wonders if journalism is strong and independent enough to counterbalance this. Who would launch the modern-day Watergate? Journalists, conditioned to become masters of clickbait and virality, are getting fired in droves, and their ability to hold politicians to account is waning.

More doesn’t mean better. Quicker doesn’t mean better. But it takes time to be transparent, accurate, and accountable. And time costs money. The state of journalism effects us all as brands, because without its respect and independence, our stories will never reach our audience. A loss in trust for journalism will thwart any attempts at brand journalism.

Meanwhile, in Norway, 1.6 million people are tuning into hours of mundane footage of a train rolling through the Norwegian fjords. Slow TV has arrived. 12 uninterrupted hours of knitting? The Norwegians have watched every stitch. 5-day boat journey? The popcorn has been warmed. The UK has now followed suit, with hours of bird song and sunrises, followed by humdrum footage of narrowboats and country buses. 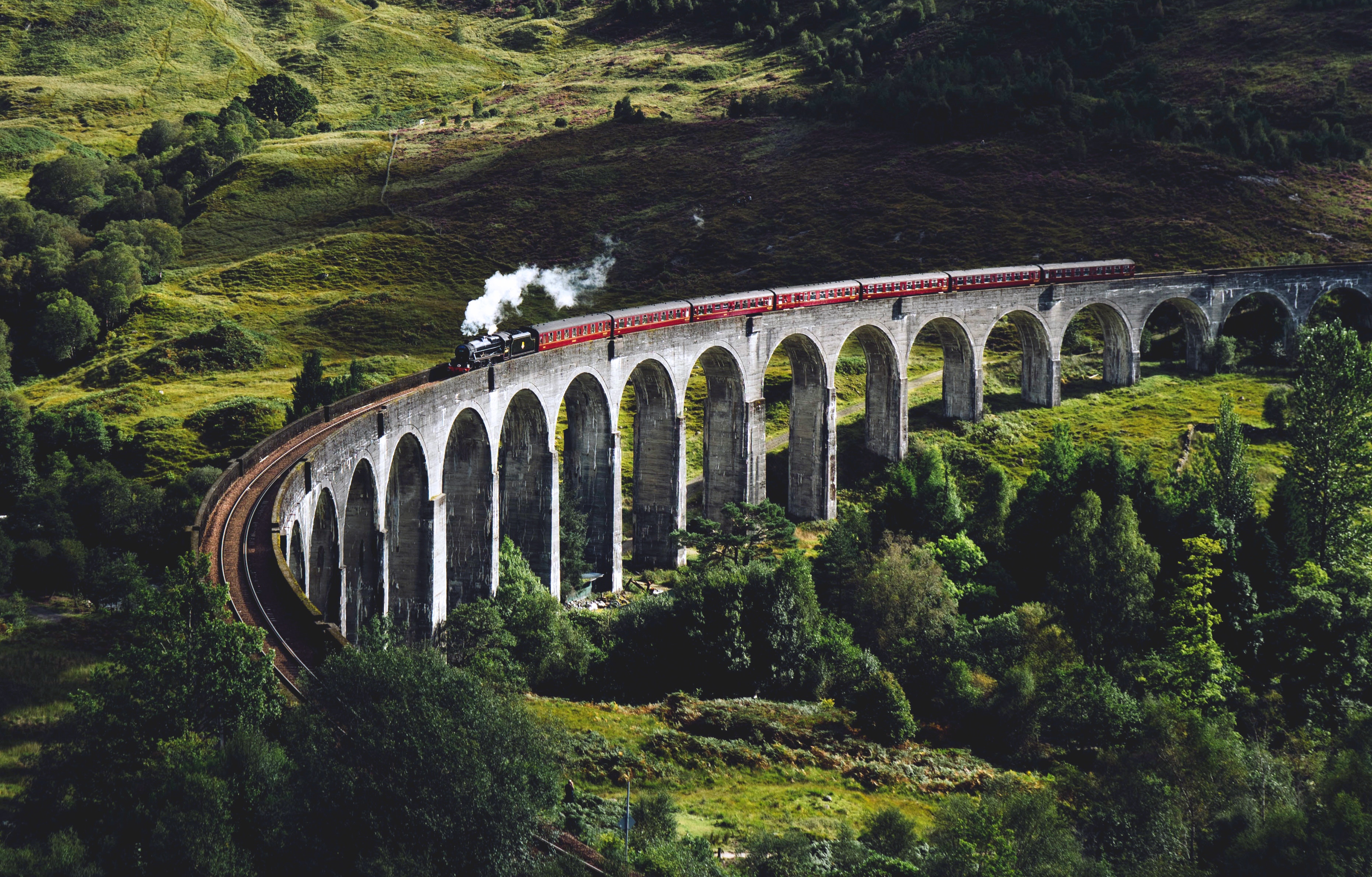 How Slow Communication was born

It is in this collective yearning for slowness that we discover that all is not lost. As Steven Pinker points out, it is intellectually lazy to be defeatist, when solutions exist all around. When our audience gets overwhelmed by a torrent of bad news, it is hard to step back and see the bigger picture. Slow communication provides that perspective.


Being first, has become more important than being right Rob Orchard, editor of Delayed Gratification magazine

A slew of slow journalism outlets have popped up in response to the declining quality in news. Rob Orchard, editor of Delayed Gratification magazine laments that in modern journalism ‘being first, has become more important than being right’. With a little time and thoughtful deliberation, however, the news is able to provide context, impartiality and perspective, instead of merely describing events as they happen.

Tortoise magazine, with its motto ‘slow down, wise up’, does not want to overwhelm its readers but instead inform them. By providing depth and insight they hope to shape the 21st century for the better, by providing retrospect. After a successful Kickstarter campaign, they intend to stay ad-free and independent with their reader subscription model.

Meanwhile, in the Netherlands, The Correspondent, also brought to life through crowdfunding, are ‘unbreaking’ the news. After a successful Kickstarter campaign, they will be opening an English language version to the operation. Along with their 45,888 founding members they ‘want to radically change what news is about, how it is made, and how it is funded.’

The fact that crowdfunding journalism is taking off is promising. It points to a dissatisfaction with the endless scroll of worthless content the media has come to represent. Readers want to be inspired and they want to be informed. Yes, people want to know the beginning of a story, but they also want to know the end.

The rising popularity of longform articles and podcasts are also examples of this. Podcasts have an average dwell time of 331 seconds, which is far longer than text-based content. Noa, which provides human-narrated versions of long-form news articles, is an example of the many apps cropping up that help you either make the content easier to consume, with voice functionalities or the ability save it for later (such as ReadItLater). 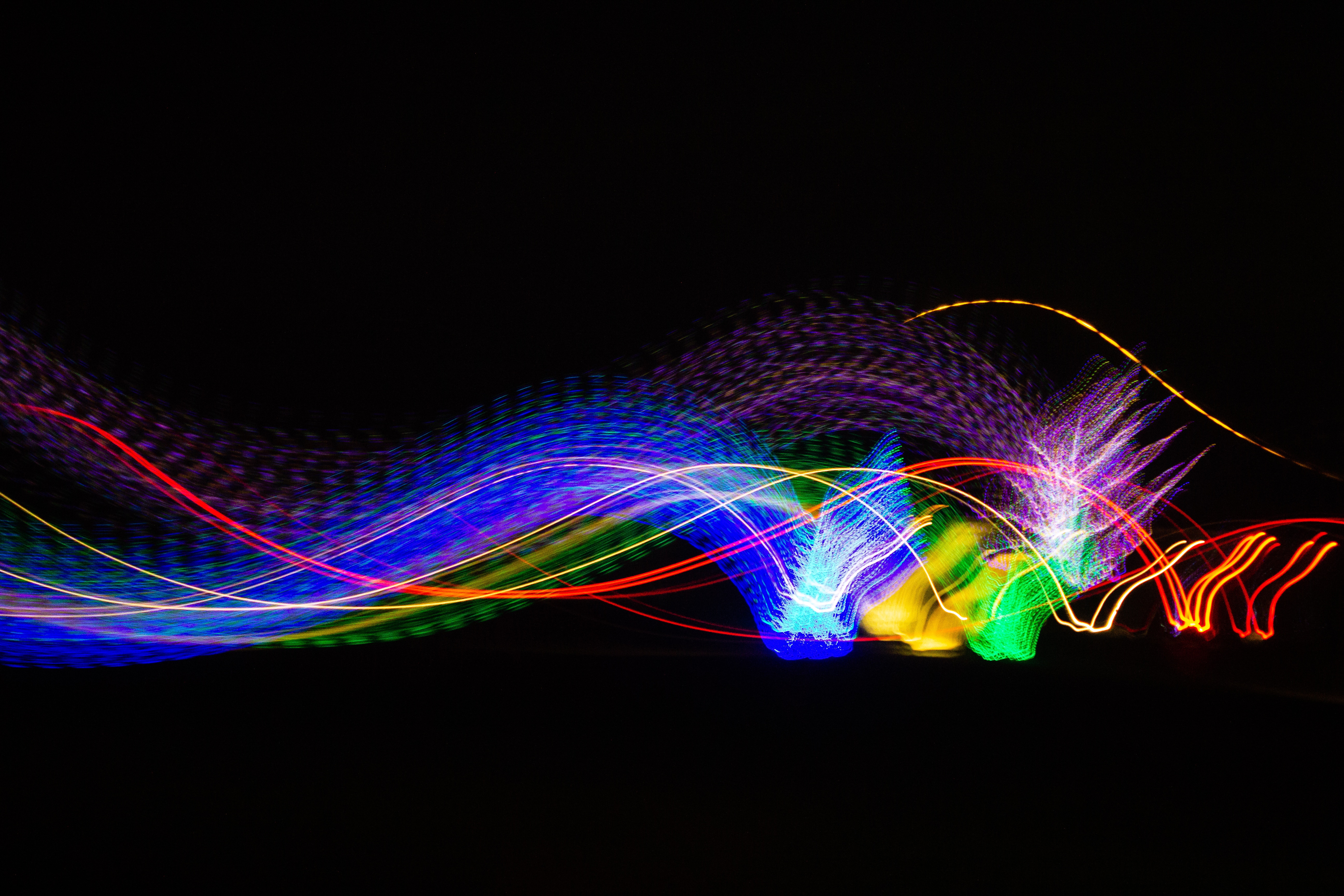 Why brands need to slow down

As a brand, your main goal should be to make everyone’s lives easier: your team, your customer base, and the media that tells your story. Artful communication makes everyone’s lives easier. Imagine walking into a bar to meet a person who monologues you for five hours and yet you walk away with no real information. Perhaps they offered some, but who really knows, they were so exhausting you were not able to absorb anything.

Imagine now settling by the fire with someone who talks slowly, deliberately, and gives you the context of past and future. They ask you questions, they are interested in you as a person. They give you information that is useful, correct, and sometimes profound. Their content is king.

As brands we not only predict behaviour, we shape it. By communicating at a digestible pace,  we provide the counterculture necessary to slow down ideas so that everybody can absorb them. It is in this environment that our brand narratives have the space to really grow wings. Be proud of your story, and the time it takes to tell it well. Your audience won’t mind waiting.

Building trust: the key driver to reaching your audience