How the origin story of the Adman is harming our industry

Executive Strategy Director Miriam Plon Sauer on the destructive self-narrative the PR and comms industry has - and how we can change it.

What’s your definition of brand purpose

To me, one of the big misunderstandings of brand purpose is that it has to be linked to societal or environmental causes. Brand purpose is not necessarily an ethical question. It's about what the purpose of your brand is. You can't just pick up an environmental or societal issue to attract a new audience. You have to find something that's true to the brand and its heritage.

There are a lot of great ways to make a positive contribution to society that are not necessarily societal or environmental. That's why I talk about a more inclusive approach to brand purpose. So, if you take Lego for instance, their purpose is to inspire and develop the builders of tomorrow. This is all about creativity and learning to play, which is positive in its own right.

You’ve talked about reframing the origin story of the Adman, so we can move forward as an industry of communicators. Can you tell us a little more about that?

I don't have a solid answer to that question yet. But think it starts with the way we perceive ourselves as an industry. I call it our origin story, because it's got to do with our heritage, how we are perceived in the world, and how we perceive ourselves. It's become an excuse for not taking the responsibility that we should (and could) take, responsibility that would ultimately end up changing the world around us for the better. 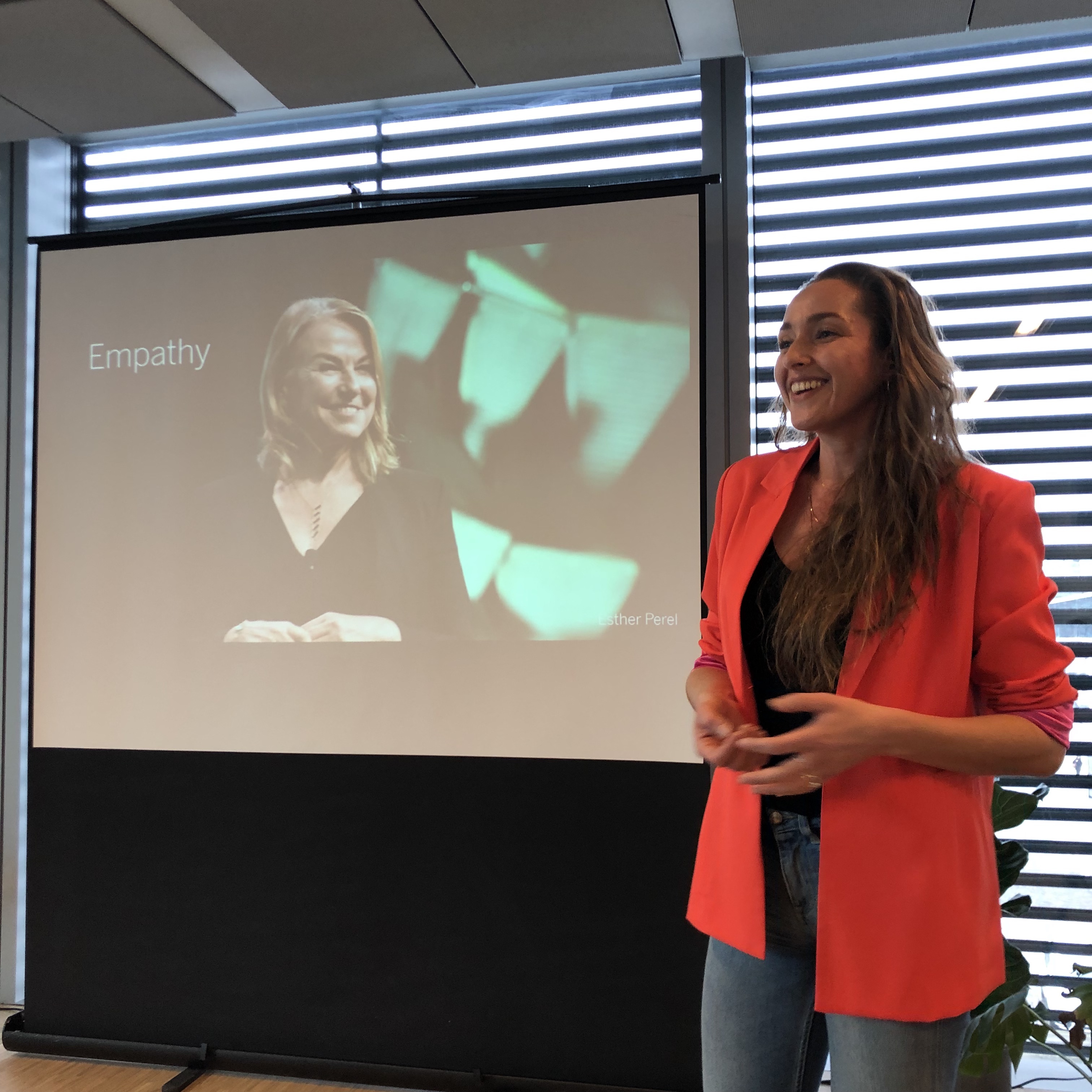 What percentage of companies do you think perceive themselves as the villain rather than someone who can make a positive change?

I think we’re all schizophrenic. We want to perceive ourselves as somebody who's at the forefront, somebody who’s pushing the brand purpose agenda. But I believe that we have a background narrative that's pulling us down. Where we always fall into the same old, ‘it's just advertising, It's not our responsibility’ trap. And I think that's just a bad excuse.

How do we break out of this self-fulfilling prophecy?

My suggestion is that we actively try to create a new narrative for ourselves and try to live up to the responsibility we have as people in positions of power.

We do have a sort of superpower- the power to influence how people think and behave, the power to really create movements. And we need to leverage that. It's just like the Peter Parker principle, ‘with great power comes great responsibility’. I don't think we're living up to that responsibility at the moment.

To be able to change things, we first need to become aware that there’s a problem. We need to break out of the image that we're doing fine. What we do at the moment is not good enough. We can do a lot more- and we should.

Do you think that PR/creative agencies are aware of how much they shape culture?

I think they are. And I think they're not using that knowledge for good. A couple of months ago, the Business Roundtable issued a statement on the purpose of a corporation. They were basically breaking with shareholder primacy. That’s at least the promise but let’s see if they follow through.

That in itself was a huge paradigm shift that I wouldn't have anticipated. In the statement they say that the purpose of a corporation is not only to deliver shareholder value but it is to deliver value to all of its stakeholders. This is announced by an institution that to me represents everything that is capitalist: consumerism, exponential growth, an old school way of thinking. Having them issue that statement just tells me that we are not pushing hard enough in our industry.

So is it up to changemakers in the industry (like you) to drive that agenda?

Yes, because we have all the possibilities in the world right now. We have consumers that want it. We have CEOs that want it. So we just have to make it happen, instead of always retreating to the same short-termism, where you're delivering something that is really not pushing this positive agenda forward.

A lot of the agencies also need to deliver short-term results to their shareholders, which creates a bad cycle of shareholders before stakeholders. Only looking at return on investment from a very simple minded perspective is holding us back. Some things really need to change. And the only ones who can change it are people working in the industry. We need to change it from within. 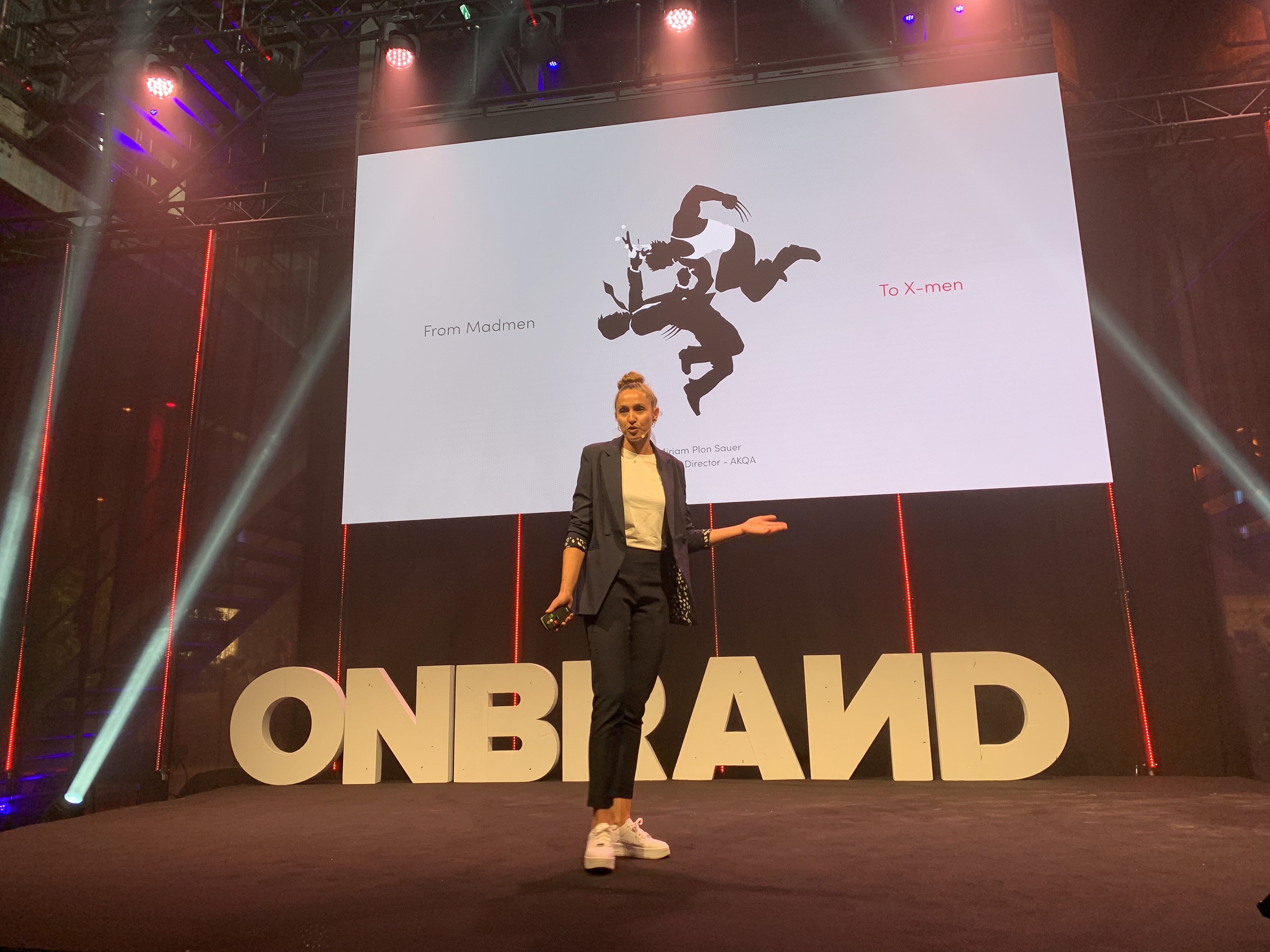 The origin story of the adman

How do we communicate that better so that consumers know that there is a movement going on in the heart of business?

If we look at the younger generation - the very young ones that are going to shape the future - they are so hyper aware. They know what brands are doing. Like the reality facing TOMS at the moment: that their one-for-one giving model might not be good because it's putting a lot of local shoe makers out of business. That's actually something that a 16-year old told me a couple of weeks ago during a research project.

They have a sophisticated understanding of consumption and know that any purchase is casting a vote for something. They’re aware of who we are as an industry, and what we're trying to do.

And they're also very skeptical of purpose-washing. Just putting out a campaign and saying you're for women's rights but taking no real action, is just not going to cut it for them. That's where the lack of trust comes from. They can see through all that purpose-washing crap.

Should businesses take a bigger responsibility than governments on social issues?

That's also what consumers expect. There was a study done in 2019 by Havas Media that stated that 55% of consumers believe that brands have a more important role to play than governments when it comes to creating a better future. I think these are just the new rules of the game now.

Hopefully that action will also put some pressure on governments. That’s what the term CEO-activism is all about: the idea that CEOs and companies use their power to influence politics and society for the better. Like when, 100 American CEOs co-signed a letter to encourage judges to overturn Trump’s Muslim ban. That’s just one example of CEOs using their power to influence a bad thing happening in politics. I think we are going to see more of that, and I don’t think it is a bad thing.

Sign up to the Unfold newsletter and never miss another insight or piece of helpful advice from a communications expert.

This piece is based on a conversation conducted at OnBrand '19.